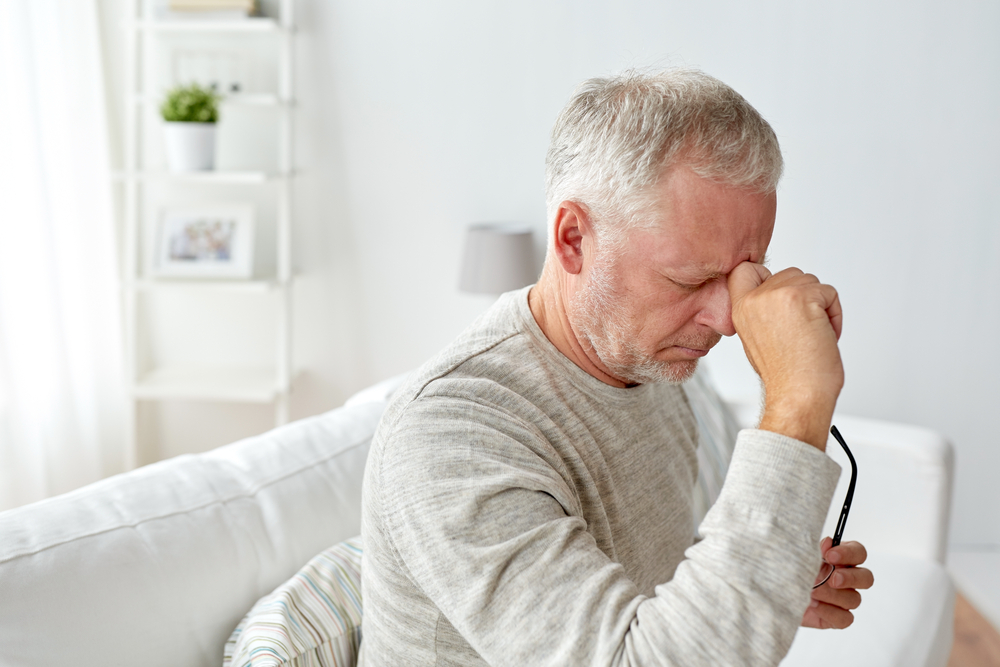 Migraine headaches can come on at any time causing a significant amount of discomfort. From severe throbbing and pain to nausea, vomiting, and sensitivity to light and sound, migraine attacks can last for hours, even days.10%-15% of the U.S. population, mostly women, suffer from repeated migraines. Medications are available, but preventing the onset of a migraine can be difficult. While there are a number of different things that can trigger a migraine, below are seven of the more common triggers people may experience.

This trigger is more commonly seen in women. Fluctuations in estrogen can be experienced before and during a menstrual period, during pregnancy, and menopause. These hormonal changes can trigger migraines. Hormonal medications such as hormone replacement therapy and oral contraceptives may also contribute to worsening migraines.

Anything that over-stimulates the senses, particularly sight, sound, and smell, can easily trigger a migraine. Bright lights such as sun glare or lights from a concert-show, loud sounds, and strong scents like perfume or chemicals can trigger migraines for some people.

Although this is not discussed very often, 50% of migraine sufferers avoid specific foods. Inflammatory foods such as gluten and dairy may be a root cause of migraines for some patients. Food allergies are typically quick to identify as they cause an immediate reaction. Food intolerance can be a little bit more difficult to catch. Research is providing an increasing amount of evidence that there can be an immune response to foods that may not work through the same mechanical response as standard allergies. In short, the symptoms may differ, and these intolerances may not be identified on standard allergy tests. The onset of symptoms from food intolerance can be delayed between 1-120 hours, making it difficult for individuals to recognize which specific food could be triggering their migraines. One study done linking migraines to lactose intolerance identified 72% of the study group to be lactose malabsorbers, meaning 72% of the individuals were unable to completely absorb lactose due to a lactase deficiency. Of that 72%, over 50% showed a significant increase in headaches when ingesting lactose. The remainder of the group who were not lactose intolerant in any way, surprisingly, also identified an increase in headaches after lactose absorption.

There are several additives found in foods that have been linked to causing migraines. Chemicals used to preserve food, improve taste, or maintain color can be triggers for headaches. These include:

Getting too much sleep or too little sleep can lead to migraines in some people. 30%-50% of individuals who suffer from migraines also experience disturbed sleep.

Certain beverages including alcohol and drinks with caffeine are common triggers of migraines. Alcoholic drinks, particularly wine, contain byproducts known as congeners. These have been linked to headaches. Alcohol also signals the immune system to produce more histamine which increases inflammation throughout the body and can lead to headaches. Caffeine filled drinks such as coffee have also been linked to migraines. The chances of experiencing a migraine increase when an individual consumer three or more caffeinated beverages per day.

Everyone experiences stress at home and at work. Sometimes it can be difficult to manage or control, but too much stress can wreak havoc on the body and lead to migraines.